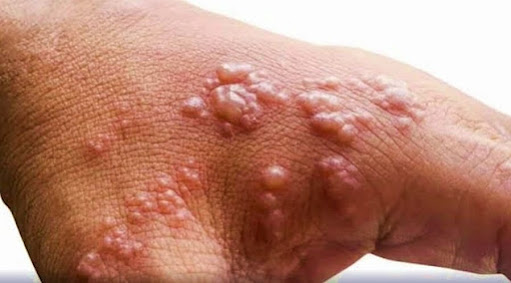 A 31-year-old woman was found infected with monkeypox in Delhi on Wednesday. The total number of Monkeypox cases in Delhi has gone up to 4. After this case total of monkeypox cases in India went to 8. The woman has been admitted to the nodal hospital LNJP in Delhi for treatment of the disease. With this, the number of patients infected with this disease (Monkeypox) has increased to 9 in the country. Meanwhile, the central government on Wednesday also directed three centrally-run hospitals to set up isolation rooms for monkeypox cases.

Let us tell you that she is the first woman in the country to be positive for monkeypox. The woman had a fever and a large skin rash, after which she was admitted to LNJP Hospital. After this, his samples were sent for testing. On Wednesday, his report came positive. Sources said that there is no information about his recent foreign travel.

On the other hand, in Delhi, "in view of the increasing cases of monkeypox, isolation rooms have been made operational in three hospitals- Safdarjung, RML, and Lady Hardinge." The Delhi government on Tuesday directed three private hospitals in the city to set up 10 isolation rooms to manage monkeypox cases.

The ministry said that the infected person should be kept away from other persons to avoid infection. Apart from this, the use of hand sanitizers, washing hands with soap and water, and wearing masks and gloves are some of the measures that can be taken to prevent the disease, as well as disinfecting the surrounding areas, said.

Popular posts from this blog 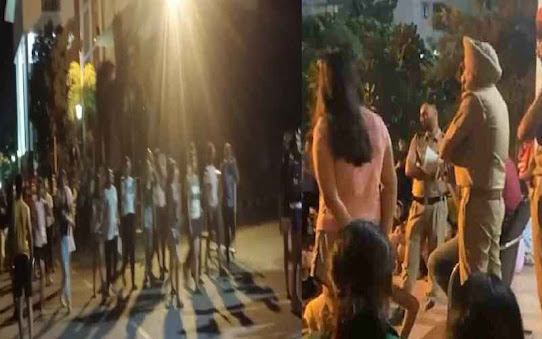 Eight girl students studying at Chandigarh University (Chandigarh_university) in  Punjab  's Mohali district  on Saturday night attempted suicide after being hurt by the handiwork of their own friend and classmate.  The accused girl was sending obscene videos of 60 girl students and taking photographs and sending them to her boyfriend for the last one year.  He was making money by making them viral.  The girl students left the university (  #Chandigarh university  ) and created a ruckus on the road all night.  At present, seeing the ruckus, the police have taken the accused student into custody. The accused sending the young man by making obscene videos of girls It is being told that this student was making videos of other girl students taking bath for a long time and was sending it to a youth from Shimla.  The young man put this video on the internet media.  She was stunned when the students saw their videos on the internet media.  Eight of these girl students attempted suicide
Read more

Reward declared on Shrikant Tyagi, who misbehaved with a woman in Noida, CM Yogi sought the report 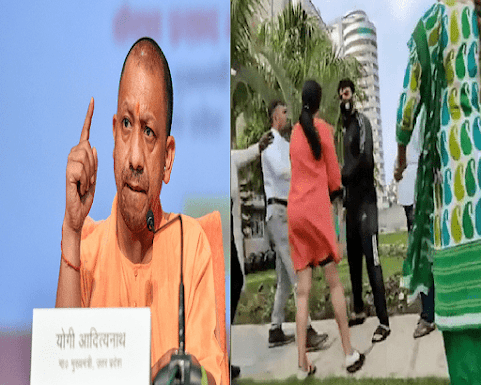 Shrikant Tyagi's problems are increasing in the case of indecency with a woman in a society in Noida. Gautam Budh Nagar Police has announced a reward of Rs 25,000 for giving information about Shrikant Tyagi . On the other hand, Chief Minister Yogi Adityanath has also taken big action in this matter. CM Yogi Adityanath has sought a complete report of the Shrikant Tyagi case from the responsible officials. Within the next 24 hours, the full report of this matter will have to be sent to the Uttar Pradesh government. In this regard, Additional Chief Secretary Avnish Kumar Awasthi has given instructions to Alok Singh, Police Commissioner of Gautam Budh Nagar, and DM Suhas LY. He has said that the report of the entire matter should be presented to the government within the next 24 hours. If experts are to be believed, the officials who gave security to Shrikant Tyagi may also be punished. After catching up with the matter, the Chief Minister's Office has sought the report of th
Read more 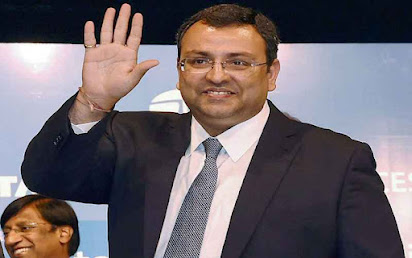 Cyrus Mistry , a famous industrialist and former chairman of Tata Group , died in a road accident.  It is being told that his speeding vehicle collided with the divider, due to which he died suddenly.  This accident happened in Palghar.  They are going from Ahmedabad to Mumbai.  His death has caused a wave of mourning in the business world. Palghar SP has confirmed his death in the accident.  He was born on 4 July 1968 in an Irish merchant family of Indian origin.  Besides him, there were four people in the car.  It is being said that his driver has also died in the accident, while two others are injured. Mistry was the sixth chairman of Tata Group He was the sixth chairman of the Tata Group.  In December 2012, Ratan Tata made him the chairman of the Tata Group.  He was removed from his post in 2016.  Due to his sudden removal from the post, he had also moved the court and he went to the National Company Law Tribunal where the verdict came in his favor.  However, after this decis
Read more